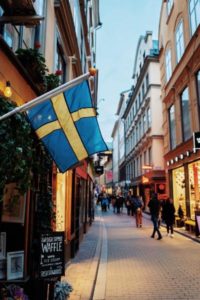 Regardless if you are on a business trip or on a vacation, there is lots of hidden gems to visit and explore in Stockholm.
When visiting you probably want to make it a long stay Stockholm giving you the time and pleasure to explore the city

Storkyrkobadet Bathhouse
A tiny bath that is hiding in the most popular part of Stockholm that is located in a vault, in the basement of a 17th century building in the old town ”gamla stan”.
From the beginning it was built as a coal and wine cellar and later on converted to a bath for students attending to the building that was at the moment a school.

At the moment the bath is closed for renovations until sometime in 2021. There is affordable apartments old town to hire for both shorter and longer stays.

Vasa Museum
In the 17th century Sweden had large ambitions with colonial expansion and the navy was the backbone for the whole operation. The Vasa ship was built as the flagship of the Swedish navy and was a floating fortress with lots of firepower. Due to a tight schedule the ship was deemed complete with some flaws where the weight distribution making the ship top heavy, little less than a nautical mile outside from the start it was tipped over by a gust of wind and sank the ship. The ship laid on the bottom in 32 meters depth in about 333 years and was salvaged to the Vasa museum that was opened in 1990.

Instead of living in a hotel you can make a more affordable choice and rent apartment Stockholm and get a more personal an better vacation.

City Library
The library called Stadsbiblioteket is a round building with books all the way around on the inside, even if you not are interested of books you will be amazed by the interior. The library is an example of Nordic Classicism från the 1920s, it contains more than 2 million books and even more audio tapes.